Dr. Marisa Porges is known for her work on gender and education, leadership, and national security and is the author of What Girls Need: How to Raise Bold, Courageous, and Resilient Women (Viking Press, 2020). She is currently the eighth Head of School of The Baldwin School, a 130-year-old all-girls school outside of Philadelphia, that is renowned for academic excellence and preparing girls to be leaders and changemakers. She is an alumna of Baldwin and personally understands the power of its approach to educating girls: it provided the foundation for her own military service and work on national security and foreign affairs.

Prior to joining Baldwin, Dr. Porges was a leading counterterrorism and national security expert. Most recently, she served in the Obama White House as a senior policy advisor and White House Fellow at the National Economic Council, where she oversaw the development of domestic cybersecurity and consumer protection policies. She also has served as a research fellow at Harvard Kennedy School and at the Council on Foreign Relations, where her research focused on counterterrorism. In these roles, she traveled alone throughout the Middle East and Afghanistan to conduct research, interview former members of Al Qaeda and the Taliban, meet with Syrian rebel fighters in hiding, and serve as an embedded civilian advisor at NATO military headquarters in Afghanistan. She also worked as a counterterrorism policy advisor in the U.S. Department of Treasury and as a foreign affairs advisor in the U.S. Department of Defense. In all these roles, she stood out as one of a few – if not the only – women present, at any given time.

Dr. Porges started her career on active duty in the U.S. Navy, flying jets off carriers as a naval flight officer on EA-6B Prowlers. Ten years after the Navy first allowed women to fly jets into combat, she pursued her dream of being launched off an aircraft carrier while serving her country. She earned a B.A. in geophysics from Harvard, an MSc from the London School of Economics, and a PhD in war studies from King’s College London. Her awards include the National Committee on American Foreign Policy 21st Century Leader Award and the NATO Medal for service in Afghanistan. Dr. Porges lives outside of Philadelphia, with her family.

To learn more about my work educating girls, please visit 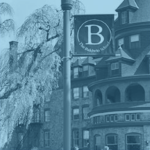